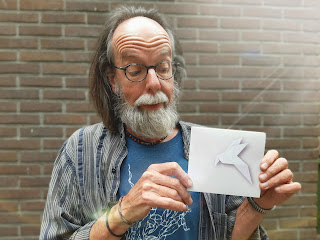 From today, July 1, the new Diftong album, Flight no6, is available on Spotify and Apple Music. It is temporarily in a separate Diftong account on Spotify. They will merge the two accounts, but I did not want to let you wait for that.

Let me introduce you to the people that play and sing on the Flight no.6 album.

Jurriaan Westerveld plays the cello on the song Radio Waves

Jes van Wijngaarden sings backing vocals (and did the artwork)

Find out more about them by clicking on their names.

It was such a pleasure to work with these people. Work is the wrong word in this case. Work is something you do for food and shelter for the body. Making music is beneficial for the soul. This doesn’t mean we will not accept payment ;-)

There is also a CD with beautiful artwork and a booklet with all the lyrics. In due time we will have a presentation party. I will keep you posted.

Listen to the album! It will tell you more than a million words.