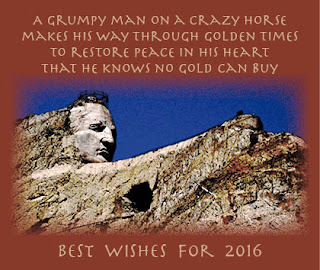 The year 2015 is gone. It was the best of years. It was the worst of years.
The Rocket Swing was released in February. It had a ton of good reviews. I played a bunch of shows, first with Jeewee Donkers and then with a trio featuring Jeewee on guitar, lap steel and mandolin and JD Dekker on bass. My wife started singing backing vocals. You can see and hear some of it on my youtube channel: http://tinyurl.com/jmcuqyn
And then I was losing control of two fingers on my left hand due to an ailment that also drains my energy. I can play guitar, but not good enough to play on stage and I had to cancel the shows for 2016. But who says you cannot be a singer-songwriter when you are not playing an instrument. So I am writing new songs. After all, that is what makes me tick. I don’t know yet what I will do with them. I will probably record them in one way or another and get them out on the internet. I will keep you posted.
One of the things that are nagging me, is that I was selling cd’s at shows. Now that I don’t play shows anymore, I am left with a whole bunch of them. So, if you know people who might be interested in buying one, please tell them they still can.