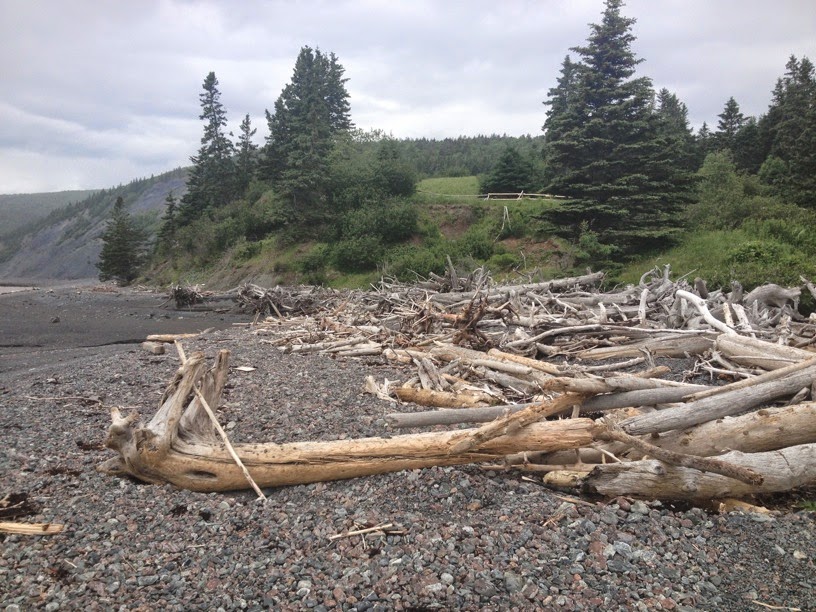 We have been hiking Nova Scotia trails after working on the Rocket Swing album. Wonderful scenery at Cape Breton and the Bay of Fundy. We went to a place called Driftwood Beach and of course it made me think of great Canadian music from the past. At the very moment I was there, my Dutch friends played a Woodstock revival show at home featuring one of my favorites, The Band. One of their songs is called Acadian Driftwood. And what are my songs but driftwood, fragments of music, washed ashore in the mind of this Dutch poet in a Canadian dream, who owes big to artists like Neil Young and The Band.
Now that my visit to Nova Scotia is coming to an end, the time has come to thank the people who made my dream come true. Dale Murray who produced The Rocket Swing, recorded it and played on it. Brain Murray played the drums. Christina Martin sang some great vocals. And the album has some surprise appearances.
Dale and Christina were also our wonderful hosts, who lend me and my wife their country home, amidst the bears and the deer. We had so much adventures in such a short time that it will take a while to let it all sink in. But I will have a great album to show for it.

Fiddler in the woods

Some things still need to be done for the album. We decided one song needed a group vocal. So one evening we formed the Dylan Thomas Tribute Quartet, stood around the microphone and sang our hearts out. It could have been finished in the blink of an eye, but some quartet members (no names here) got the giggles and we needed about 43 takes to get the job done.
There is another track on the album on which we thought a violin would sound good. And it so happened that I met another Nova Scotian at home in The Netherlands who offered to play the violin. We drove to his home that turned out to be a log cabin in a beautiful stretch of woodland. Negotiations over tea and brownies went well and I will ask the producer to see if they can make this happen.
I am still living the dream we had, to quote a famous Canadian songwriter. 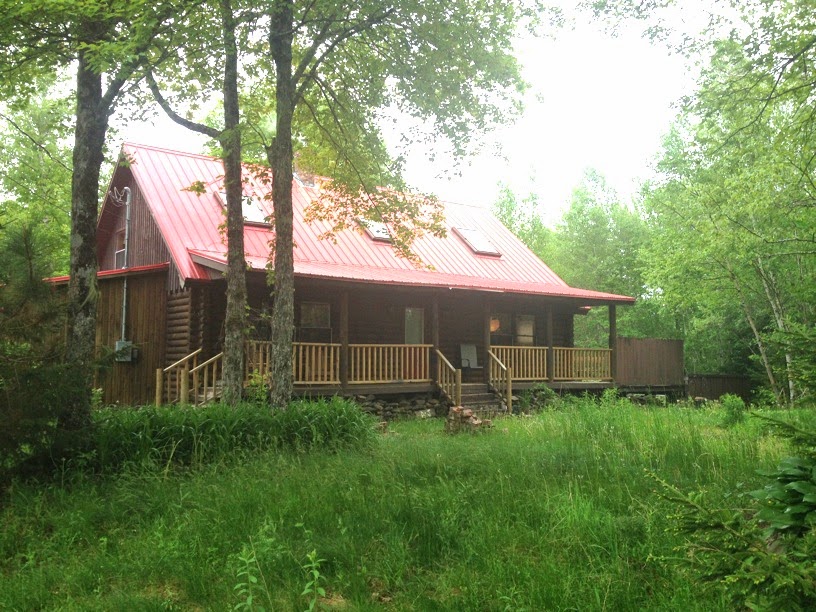 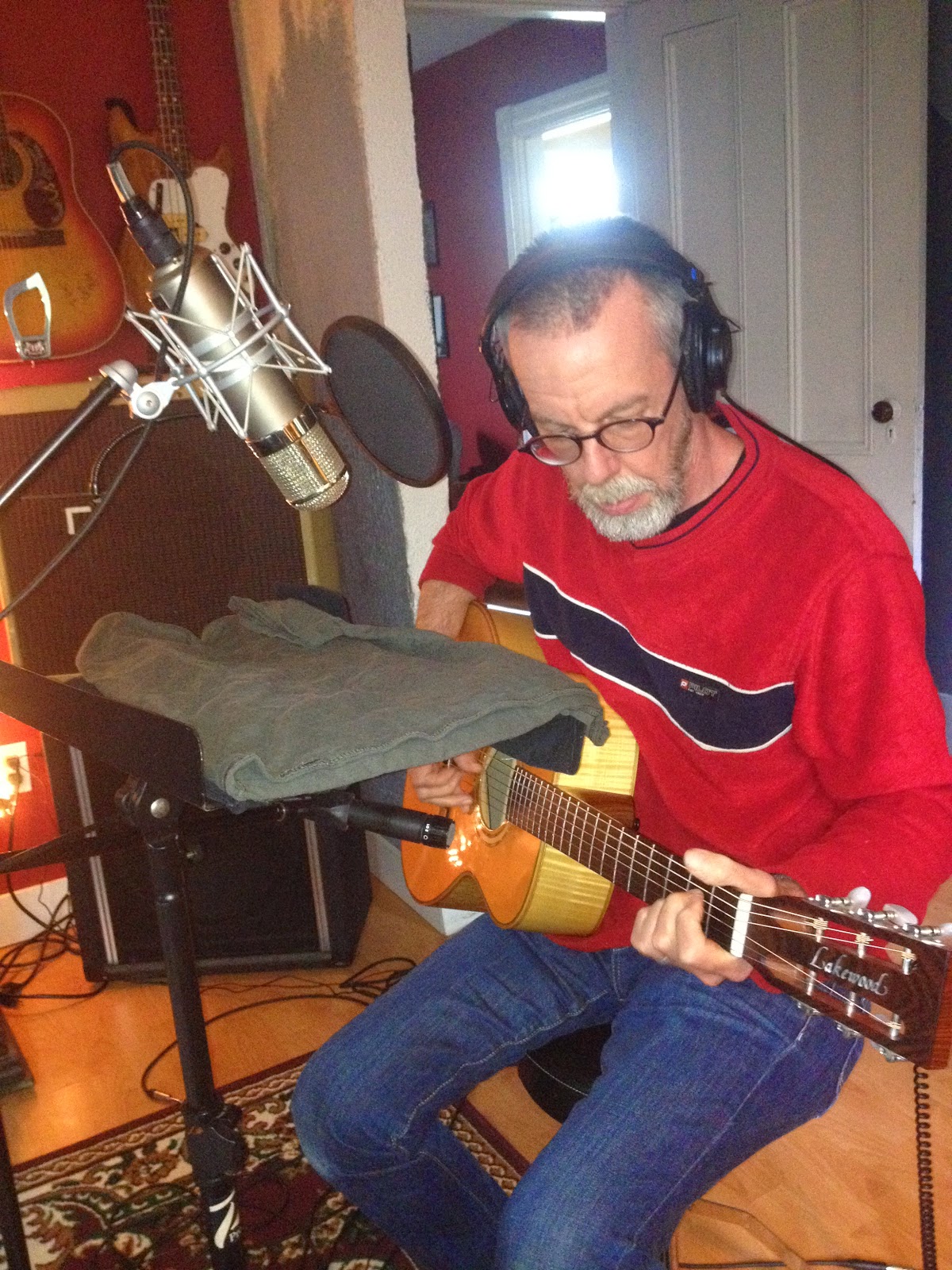 We just about finished recording. The Rocket Swing has it all. Voodoo sounds and blue notes. We heard a vintage Harley farting in the background. North America is a melting pot. From all over the world, people came and brought their sounds. Tiny sounds and big bangs. North America was the home of Tesla and Edison whose genius enabled someone to build an amplifier. So the guitars could be heard over those thundering rhythms. And that was when I was born. What else could I do, but to go to North America to seek that sound. Twang, howl, thunder, bang, wail, sing, squeak, strum, slide and pick. We took it to another level and here it is, to be mixed and mastered. The Rocket Swing. I sure hope you will like it. Amen.
Gepost door diftong op 18:57 Geen opmerkingen: 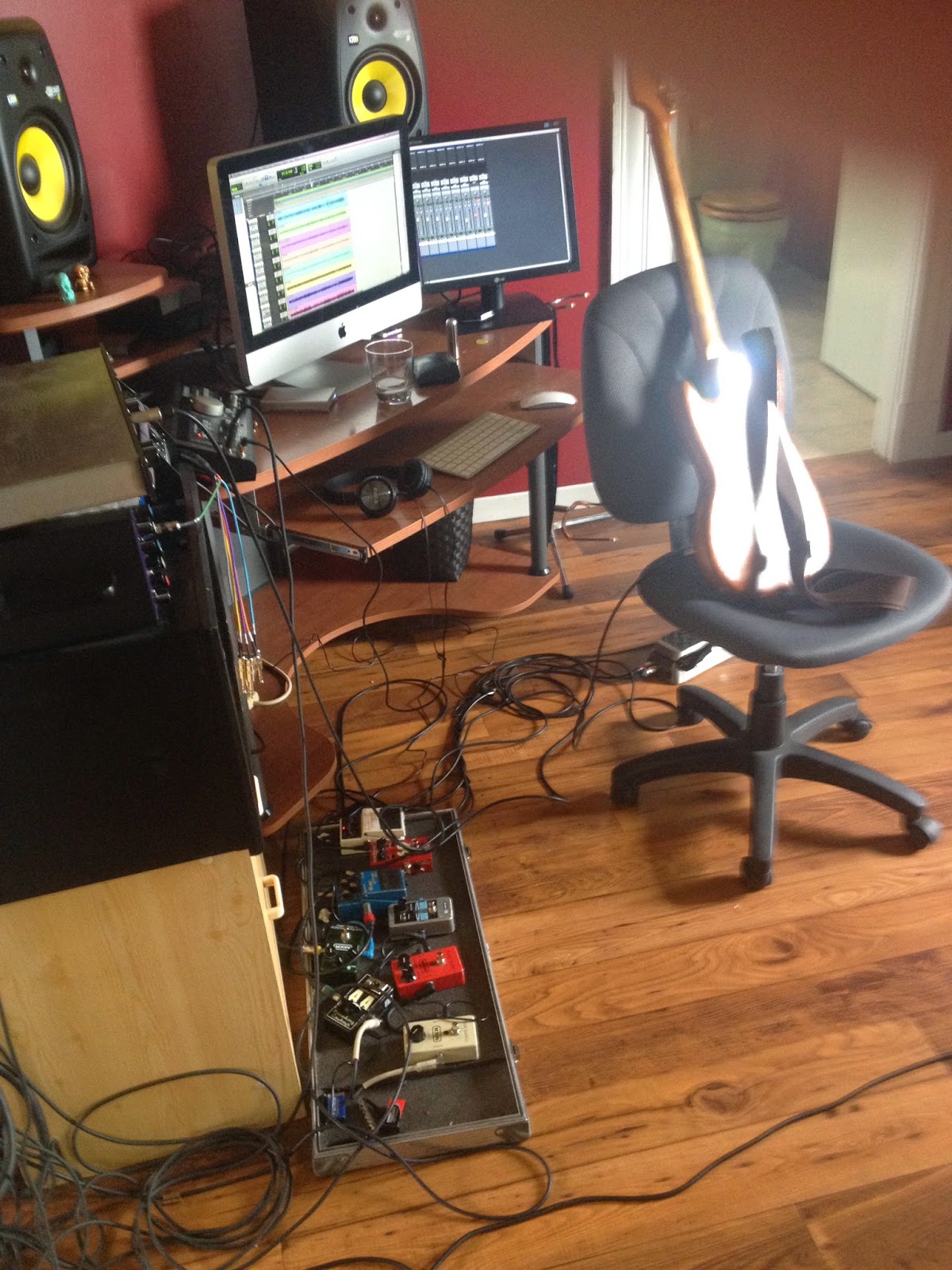 The album is taking shape. Sometimes it rocks and it always moves and we have some surprises for the listener. Time to tell you about the title track, The Rocket Swing. What is a rocket swing, you'll ask? It was something my father built for his kids. He made a swing from an old motorcycle sidecar that looked like a rocket. One of my cousins (I have a lot of them) was my age and we must have taken turns flying it, when she was visiting. Those were golden times for us kids born after WW2.
Unfortunately, my cousin passed away last year. We had gone our separate ways a long time ago, but I knew she fought a long and hopeless battle against her disease. Still it was a shock to learn that she died and it made me remember the good times we had. So I wrote the song in her memory, though I should say the song wrote itself. So here's to you Tanja. I hope you found the rocket swing.

Rhythm and no blues 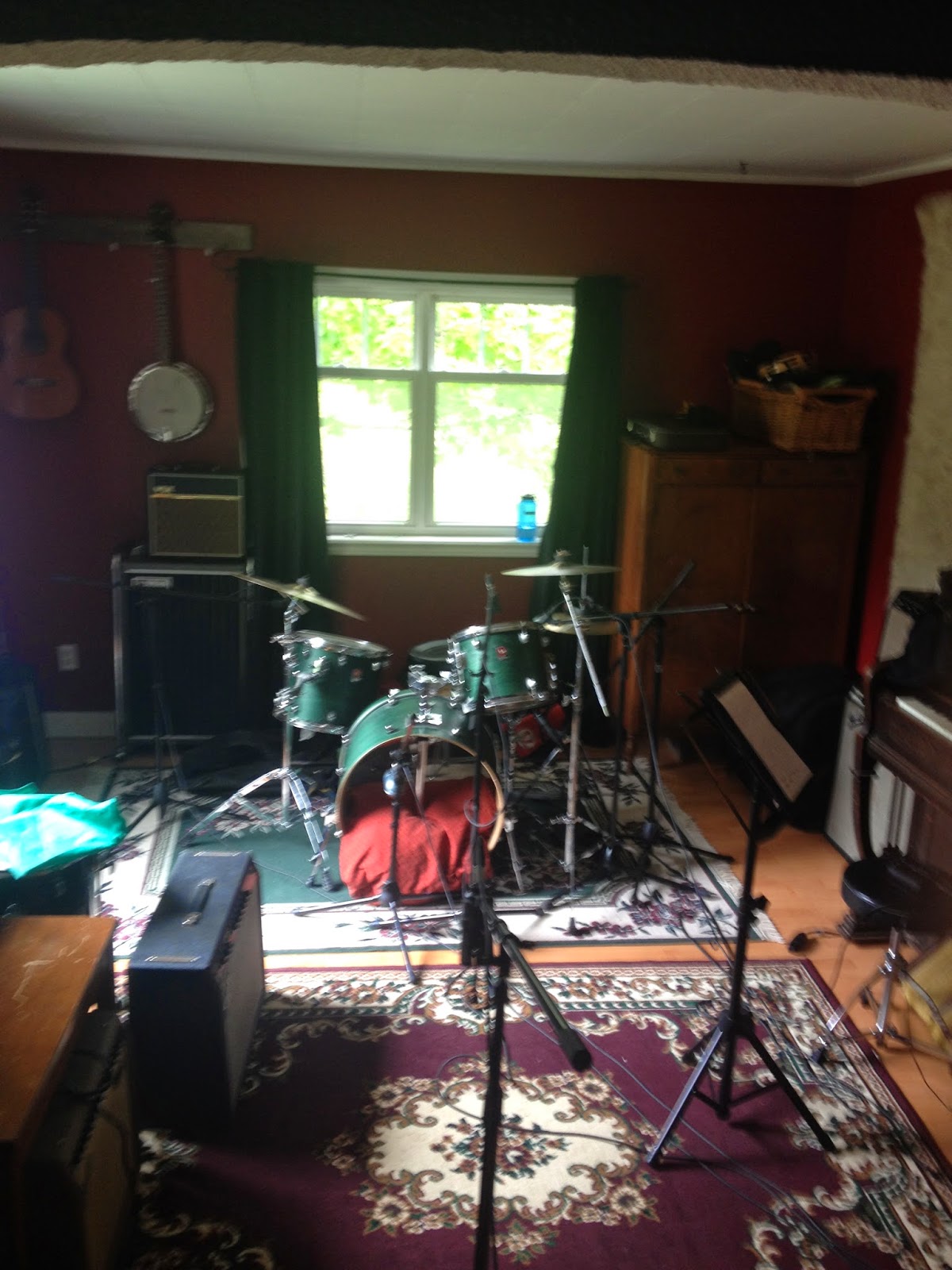 Well things are going swell out here. Today we recorded drums and bass for four songs and it sounds groovy, tight and better than I ever dared hope. It was one of those days that passed without me noticing what the time was. That is always a good sign. At one point I was into the groove and saw a dust cloud through the window. A farmer was plowing a field. Suddenly I realized, that I was recording in North-America and that the rhythm section on my headphones was playing for my sake. I completely lost track of where I was in the song, but the rhythm took me by the hand and lead me on. And later I sat on a porch and drank whiskey, like in a western movie. Man, this is the good life! 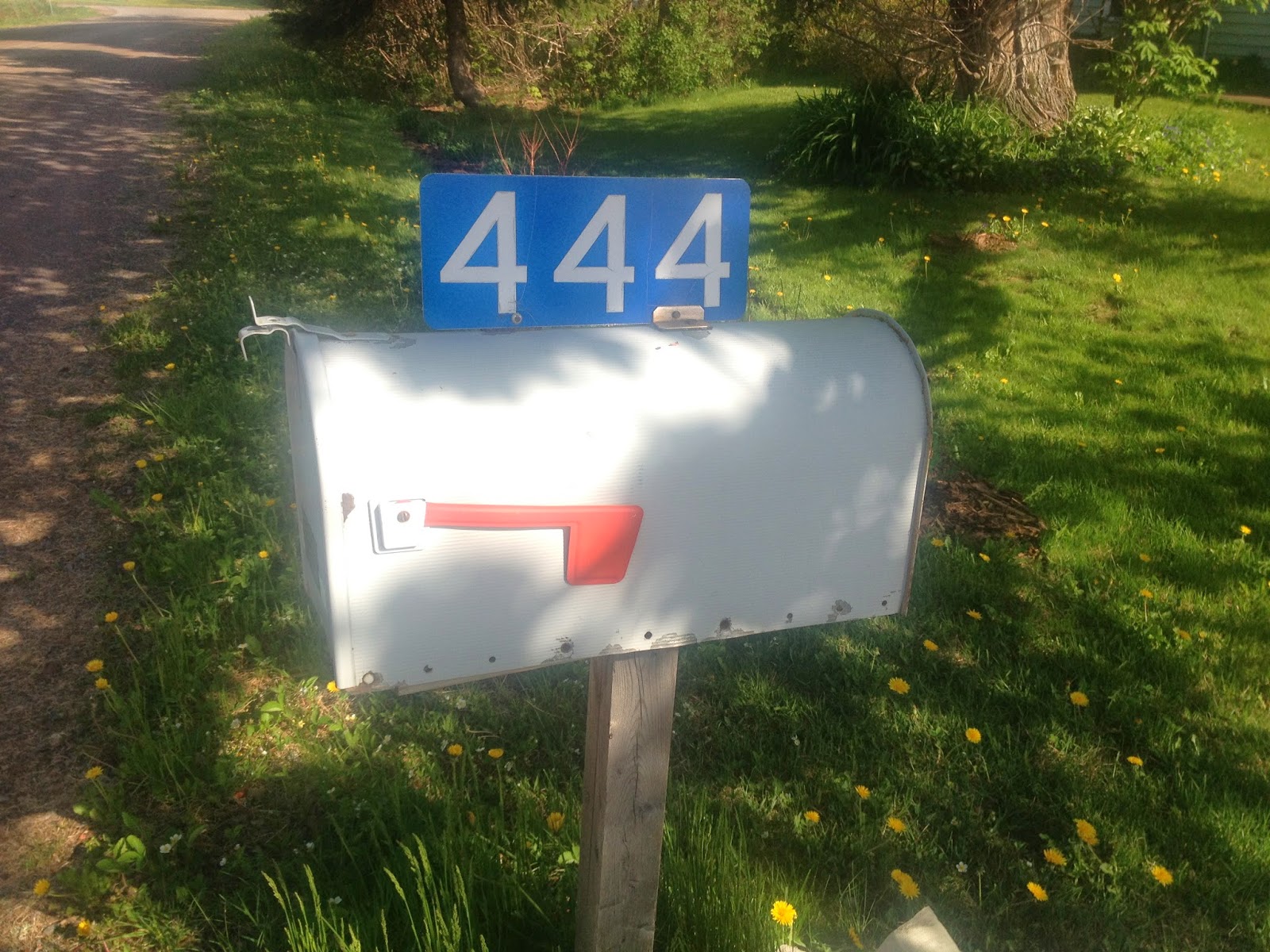 Well it all seemed like a big journey before I left home, but it actually was a piece of cake. I wasn't sure if they would let me bring my guitar on the plane, but when I asked at check-in, they phoned ahead and I could take it with me and it ended up in the seat next to me. All credits to Condor. And then I had to figure out the 10,000 buttons in my rental car, but I saved that for later and put the car in D (for "drive", oh yes an automatic), and zoomed my way to number 444, where it is all going to happen.  And after one day of rehearsals I can tell you: it is going to be magic! Accompanied by buzzing June Bugs behind the porch screen we played all songs and when I heard what that pedal steel is going to sound like on the title track I found myself on top of the world. Happy as a clam.
Gepost door diftong op 20:14 1 opmerking: